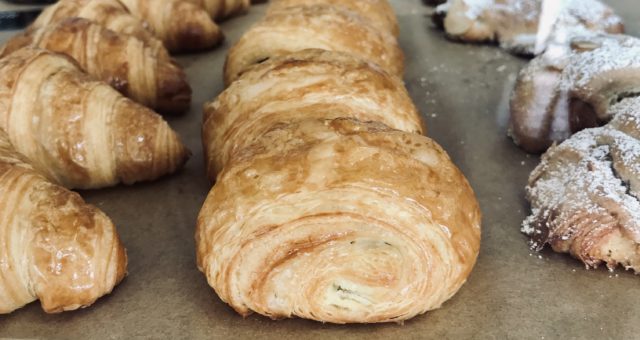 So where does puff pastry come from. Well it comes from France, where it is called pâte feuilletée. It was invented in 1645 by Claudius Gele, a pastry cook apprentice. He wanted to bake an improved bread for his father who was sick and was on a diet of flour, butter and water. So, he made a bread dough and inserted butter into it. He kneaded the dough and folded it several times and then made it into a loaf.

The pastry cook had seen him make this preparation and told him not to bake the loaf because the butter would run out of it. Claudius still decided to bake it and both were pleasantly surprised at the result!

To this day, puff pastry is extremely important and constitutes a basis for a lot of French pastries. The technique is quite complicated to master and the preparation requires a lot of precision in order for the result to be ideal.