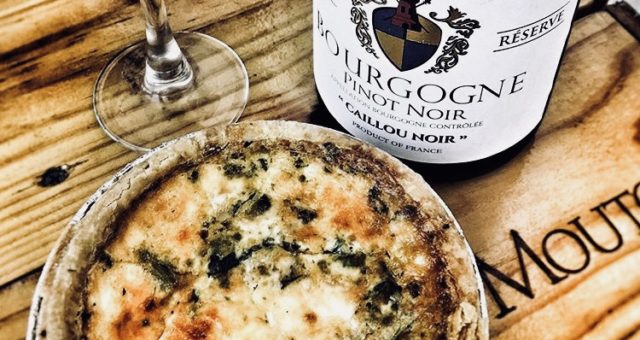 History of the Quiche

Contrary to popular belief the Quiche actually originates in Lothringen a medieval kingdom under German rule.

The name ‘quiche’ is also from German origin word ‘Kuchen’ which means cake. The French later enhanced the dish and renamed the dish, Lorraine.

The original recipe for the Lorraine consisted of an open pie with a filling comprised of egg, cream custard, and bacon. It was only later that cheese was added to the quiche Lorraine.

Versions of the quiche now exist with vegetables and fusion recipes have allowed for any fillings from smoked salmon to ground beef.

Originally made from bread dough, it has since evolved into a short-crust or puff pastry crust.

Who takes the credit

Few people know Spaghetti was created in China. The recipe was brought to Italy by explorer Marco Polo, where it was perfected using different ingredients. The Quiche shares a similar transition.

Who takes the credit for the Quiche?

Since its time in France, the authentic version of the quiche has evolved to please many different tastes throughout the world. I think it is safe to say France enhanced the dish with its robust flavors and fresh ingredients from its bland original version.

The quiche actually gained popularity in England in the years following WWII after British troops traveled back to their homes and shared the newly found delicious French recipe.

It seems like the British troops weren’t the only ones with a delicious discovery to share. In the mid-1950s the Quiche gained its popularity in the United States, becoming one of the first family-sized dishes to feed one person… Yep, you heard right. A family sized portion for 1 person.

Through time it has since transitioned into a smaller dish.

It is somewhat rare to find a restaurant that serves the original recipe of the Quiche Lorraine. Which brings us to the great variations of the quiche using the original, authentic recipe. 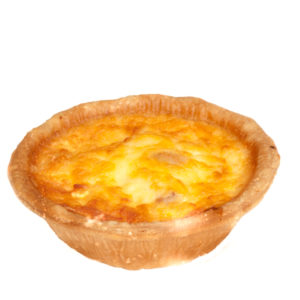 Atelier Monnier’s notable quiche Lorraine has been a spectacular choice for French food lovers and food enthusiasts from around the world.

This is why our chefs have created variations, with a Salmon and Leek Quiche, a Spinach and Broccoli Quiche and a Portobello Quiche. Do you have a favorite?

Want to see some photos of our delicious cheesy quiche Lorraine? Check out our Instagram and Facebook pages. As well as our visitor’s authentic quiche experiences. We would love to see your experience.

Add comments below and show us your most fantastic quiche experience.