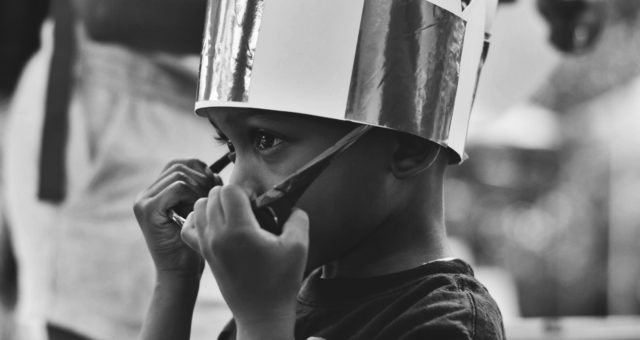 Today, we are talking about a very French tradition: the Galette des Rois, aka King’s Cake. It is mostly celebrated in France, but also Belgium, Switzerland and Quebec.

If you have never heard of it, here’s the deal: 12 days after Christmas, so on January 6th, the Three Kings – Melchior, Gaspard and Balthazar – arrived to Bethléem, following the shining star seen in the sky on the day of Jesus’ birth. Their journey took 12 days to come see the newborn and give him presents. That’s for the story part, but the French being foodies, turned it into another reason to eat a delicious pastry.

There are a lot of different versions of the Galette des Rois. In the South of France it is a Brioche, in the Rhône-Alpes region, the brioche galettes also contain pralines (a pink candy covered almond) and in Paris (but also found all over France), it is a Pâte feuilletée (puff pastry) with Frangipane (pastry cream mixed with almond cream). If you have never tried it, let us just tell you that it is delicious and you need to try it at least once! Then, you’ll want to celebrate every year (it’s just that good).

Traditionally, the Epiphany is either celebrated on January 6th, or for more convenience on the first Sunday of January (which happens to be the 6th in 2019). However, it is possible to celebrate for the whole month of January. The Galette des Rois lovers will celebrate multiple times (hey, it only comes one month out of the year so we have to make the most of it)!

If you are celebrating with family and have kids around, the youngest kid (the most innocent) should go under the table and say the name of a person around the table for each slice being served. Then everyone can enjoy their Galette and one lucky person will find a charm in his or her slice and be King or Queen and given the paper crown. The person serving the slices has usually made sure to check where the charm was hidden in order to give this slice to the youngest kid, while he or she was under the table. The oldest kids are also in the confidence.

Atelier Monnier’s Galette des Rois will be the Frangipane version. It will serve 6 to 9 and come with a charm and crown. Our galettes will be available from January 4th, until the end of January. It will retail for $39.95 (or $5.95 per slice).

Make sure to call us if you would like to pre-order yours! And also make sure to tag Atelier Monnier on the pictures you will post on social media.