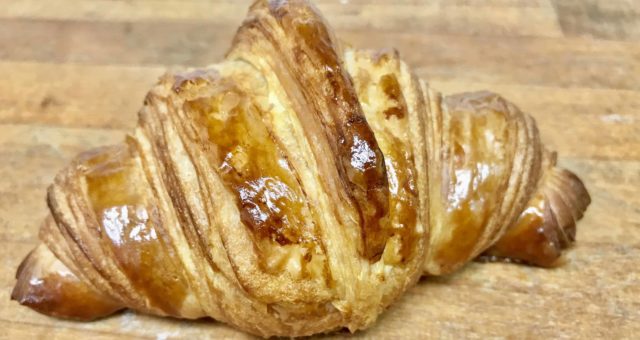 Croissants are one of Atelier Monnier’s specialties. As a French Bakery, we take pride in offering delicious Croissants to our customers in Miami. But do you know the story behind the crisp on the outside melts in your mouth treat of buttery perfection? Well if you don’t you are about to be surprised. As a wild guess, you may naturally think it comes straight from La France (duh!). Sorry to disappoint but the first croissant was not born in Paris (or France for that matter).

The ancient pastry (it dates back to around year 1000), was actually born in Austria. Fact.

However, the exact story of how it was created remains a mystery. Well there are a few versions.

One of the most common legends is that during the attack of Vienna by the Turks in 1683, the Austrian bakers who were working before dawn, saw their opponents digging a tunnel to get inside the city and gave the alert. Later, in order to celebrate their victory, they created a pastry, in the shape of a horn, a reminder of the one which is on the Turkish flag. Its recipe was however different that the croissants we know (more like a brioche).

The pastry then would have been brought to France during the 18th century, thanks to Marie-Antoinette who was from Vienna (thus the name “viennoiserie”). It then would have been modified by the French, to reach its flaky perfection (thanks to the addition of their technique as well as lots of butter)!

If your mouth is watering, that’s normal. If you live around Miami you are lucky enough to have Atelier Monnier to help with your croissants cravings. If not, let us know in the comments where you live and what is your favorite place to go for croissants!